Does Samsung really have 20:20 Vision? 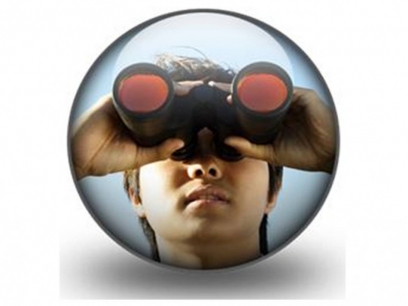 Who would have foreseen 10 years ago Samsung becoming a world leading consumer brand?  Samsung is huge – a Chaebol1 conglomerate, with nearly 350,000 employees, a turnover in 2011 of $220.1bn2, arguably the world’s 9th largest corporation by revenues and bigger than Toyota, and a nett profit of $21.2bn, but their Vision for 2020 is to get a whole lot bigger.  Samsung today is a vast, sprawling, highly diversified conglomerate, present in several major activities, notably electronics (it’s the largest chip maker in the world after Intel with semiconductor sales of just under $30bn and is #1 in DRAMs), shipbuilding (2nd largest in the world), telecoms, engineering, construction (Samsung built one of the Petronas towers in KL and the Taiwan 101 building in Taipei), financial services, chemicals, retail, medical services, aircraft engines, and even clothing and entertainment.   Go to Seoul and you really feel you are in Samsung City.   ﻿

Whilst Samsung has impressive growth across its numerous subsidiaries, it’s the electronics part - Samsung Electronics Corporation (SEC) – which is the one that most consumers are familiar with and which is the jewel in the crown.   Not only has SEC managed to grow its revenues massively to $169bn3 (76% of Samsung’s total revenues) and 56% (or $11.9bn) of its nett profit , but it has done an amazing job of entering into the minds of consumers, overtaking Sony as being considered to be the best maker of electronics equipment other than Apple, becoming a strong brand in Japan, but also becoming the world’s 7th most valuable brand4 (up from #42 just 10 years ago), and becoming the world’s largest manufacturer of smart phones with 31% market share5 - a huge growth up from 12,2% MS just a year ago.  In the last year Samsung Electronics Corporation (SEC) not only shipped the largest volume of mobiles generally (overtaking Nokia to become the world’s largest manufacturer of handsets), but had the highest smartphone growth of any manufacture but overtook two giants, Nokia and Apple in smart phones.  More importantly Samsung has shown with its Galaxy Tab 10.1 tablet and IIIS Smartphone to be top develop many genuinely original innovations in its own right and to be arguably the only company seriously capable of challenging Apple’s dominance in both share of market and share of mind and heart.

For the moment, the only direction on the sales chart is up and ever upwards and they recently announced their  Vision 2020 programme, in which the company has, to quote its website3, “mapped out a specific plan of reaching $400 billion in revenue and becoming one of the world’s top five brands by 2020.  To this end, Samsung has also established three strategic approaches in its management: ‘Creativity’, ‘Partnership’ and ‘Talent’ and leveraging its 3 key strengths of ‘New Technology’, ‘Innovative Products’, and ‘Creative Solutions’”.  All of this a bit anodyne and the standard stuff of corporate vision statements, but Samsung has the money, skills and capabilities.  It invests aggressively in R&D, works its designers in internally competing teams to be first to come up with the solution which is selected, and its people work fast and long hours (interestingly though, R&D investment at SEC is surprpisingly low at 6% of revenues), and the company, in typical South Korean fashion makes decisions quickly and executes well.  On the face of it, Samsung could sweep all before it, but in the very seeds of success are the very seeds of failure as well.  Samsung is still very Korean and very Chaebol rather than truly international.  It moves so fast it makes many mistakes as well as successes, although we hear less about those, and quality can be variable (eg., its new 3S is rumoured to arrive a month late in the UK due to quality issues7).  Its product policy has been to flood a chosen market with a continuous flow of new products and models, which overwhelm the competition’s ability to respond and makes them, but a consequence of this is that only a limited number of their products are truly profitable at any one time.  $21,2bn is a heck of a lot of nett profit to play with, but then the business is so diverse and widely spread that this money has to fund many, many different businesses, and the company overall lacks focus, and in the end it can be exhaustive to fight on so many different fronts.

Maybe Samsung do have 20:20 vision and can spot something others don’t, or have the ability to succeed where others fail, or be able to defy gravity where others succumb.  For the moment they have hardly put a foot wrong, but the pessimist would say that it’s unlikely that Samsung will be able to escape the problems that other mortals face, and at some stage their star will start to fall.  Maybe that will only happen when macro and unforeseen forces out of their control move in, (such as when North Korea attacks the South?), or when the demographic time bomb in South Korea really starts to bite (see http://www.marketing-generics.com/blog/item/can_society_prosper_when_decline_becomes_the_norm_japan_and_koreas_deterior for more info), but for a few years at least the ride is going to interesting and profitable, and the 3S has barely even started shipping yet.