Maybe Ryanair is not so bad after all… 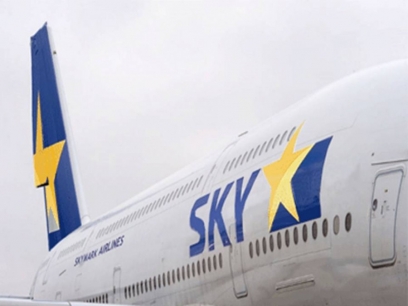 I’m back in Japan again, loving the service levels, how everything works just right, and how clean everywhere is.  But budget airline Skymark (http://www.skymark.jp/en/) could challenge Ryanair for its attitude towards passengers as its 8 point "Service Concept" guidelines were introduced in mid-May, stating that, for example, cabin staff would not help passengers stow their bags, attendants were not required to use "polite language" when talking to customers, and that the crew's primary task is not to attend to passengers but to serve as safety personnel.

One example of the code is  "We will not accept any complaints made on-board. In case a passenger does not understand that, we will ask the person to leave so that we can take off as scheduled. If passengers have complaints, we urge them to contact our customer service centre, the National Consumer Affairs Center or other related agencies.”  This has naturally attracted a lot of press attention in Japan and now the company has said it will pull and revise the notices.  Skymark, whilst currently unknown outside Japan, is not a two bit airline and has been going since 1996 serving internal, low cost routes, claims to carry over 4 million passengers per year, and has a fleet of 27 planes serving 24 routes.  But it has big ambitions and in February placed firm orders for 4 Airbus 380s to deploy on long-haul between Japan and Europe competing with established international airlines, so us Europeans might be experiencing the budget version of Japanese service concepts at first hand soon.