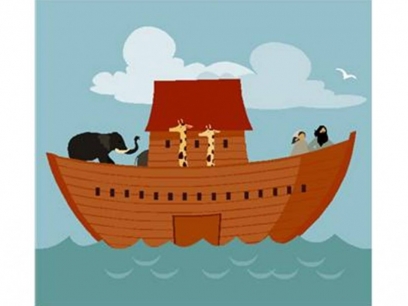 Michael O’Leary is talking to a Chinese aircraft manufacturer (COMAC) about building a plane for him with bigger doors that would allow two passengers at a time to get in and out of his planes thus reducing boarding and unloading times.   It’s not clear how much real difference a few minutes in improved embarkment would make on say a 1½ hour flight, but this is only one of many wheezes that Michael has looked at (pay toilets, stand-up seats, etc) to squeeze efficiencies out of the business model.

But behind these announcements is a much bigger poker game.

No one plays more hard ball than Michael, and previous negotiations with Boeing in 2009 broke down1 with Michael stating “We regret that our prolonged negotiations with Boeing have failed to reach a mutually acceptable conclusion “, for which read “Michael played hard ball but still didn’t manage to entirely get his own way” or “it’s incredible but Boeing refuse to acknowledge the privilege of Ryanair chosing and buying their planes”!   Airbus had already sussed the low prices that Michael would be looking for and knew they would just be played off against Boeing in exhausting negotiations just to further reduce Boeing’s prices, and so ruled themsleves early out of the contest.  Miffed at not getting his way with the only 2 players in town, Michael changed tack and introduced an third player into the game, signing an MOU (Memorandum of Understanding)2 with a ‘unknown’ Chinese manufacturer COMAC.  In the announcement (June 2011) Michael stated Ryanair would “...work closely with them to develop a 200 seat C919 aircraft”, and then further hardly concealing his glee “ We are pleased that there is now a real alternative to Boeing and Airbus...”.  Damned right he is pleased, and how pleased the Chinese will be to get an order for 200 aircraft and thus be able to immediately enter into the heartland of Airbus and Boeing territory.

So who are COMAC?  COMAC was formed in 2008 and is a Chinese State-owned Entrerprise (SOE), managed by SASAC (State-owned Assets Supervision and Administration Commission of the State Council), a special entity set up to supervise and administer state companies.  In other words, the Chinese state owns the company, and the financial structure and situation is impossible to disassemble, with the real situation or objectives of the companies about as transparent as black concrete.  But what is known that COMAC was formed as a vehicle of the Chinese state to pursue its goal to challenge Boeing and Airbus hegemony.  To quote its own website, it is  “...the main vehicle in implementing large passenger aircraft programs in China. It is also mandated with the overall planning of developing trunk liner and regional jet programs and realizing the industrialization of civil aircraft in China”3, an important strategic goal for the Chinese government considering the 5,000 jets that the country is expected to buy over the next two decades.

For the moment, despite all the ambituous words from the company they do not have a product nor much of the knoweldge or experience or components, so they follow what they call “open and cooperative principles” which translates into ‘get the technology from wherever we can’.  COMAC currently has 2 planes on the drawing board, the ARJ21 a 90 seater short haul, uncannily like a Fokker 100, and the C919, a 168 seat 4km range plane.  Ryanair’s MOU is for a 200 seat variant of the C919 which would compete with Airbus A320 or Boeing 737-800 .

Michael has always taken risks in the past, but this seems the most dangerous so far.  For a start, he will in effect be directly aiding the Chinese state to develop technology which will challenge western technology, which has all sorts of geopolitical consequences beyond the job grade of a mere CEO of a public company.  He must have read COMACs website, so what did he think he was getting into when he read “...(COMAC will) bring into full play the political superiority of the socialist system which is capable of concentrating all of its resources in achieving great things”?

Moroever, COMAC have experienced up to now, and therefore Ryanair will now have to share with them in the future, massive technical and commercial ﻿difficulties .  Although there are believed to be around 200 ARJ21s sold, the ARJ21 first flew in 2008, 3 years behind schedule, and today in 2012, even with around 280 orders waiting is still not fully certified to fly.   Its first commercial flight is expected to take place in 2014, with deliveries scheduled for 2016, with the C919 lfying commercially around 2016 /2018.

But building a plane which can fly is one challenge to overcome, but there are massive technical and commercial costs and risks as practical issues of pilot training, spares, maintenance, and so on of running these planes across an ever increasing network (145 destinations in the Ryanair network at time of writing) where no infrastructure currently exists and miles from home.  Moreover the Chinese planes entering service will be fundamentally unproven and certainly lacking the proven track record of the 737 that Rynair currently use.  Ryanair have only had one serious incident in their history, but there is always the suspicion that quality gets sacrificed against price.  The only reason that Michael will entertain going to the risk of a totally unknown airplane supplier is low purchase price and just one major incident on a low price airplane from COMAC could be enough to destroy Ryanair in one blow.  When you sit in a Ryanair 737, you know that Michael played hard ball for the price, but you also know that you are sitting in one of the most proven and safest airplanes ever produced.  If the day ever arrives when you sit on a Ryanair C919, you know that you will be sitting in a plane with no track record and one which was purchased only because it was the lowest price.  Hmmmm, that’s comforting!  Raynair continues to be a fascinating company for students of business to watch, but this could just one airbridge too far.