Christmas is coming and the Peking Duck is getting fat 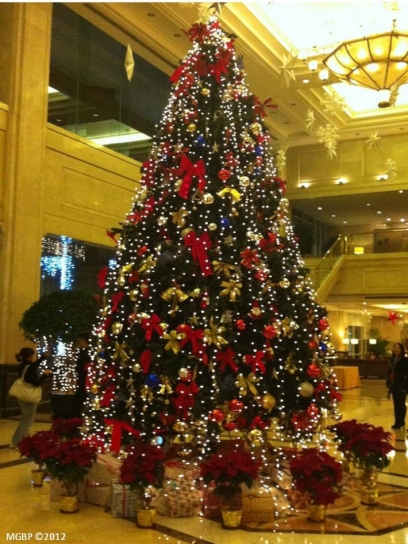 How and why the Chinese have taken to Christmas

It’s the 1st of December, and the moment when the Chinese can release an orgy of Christmas-fest.  It still surprises me to see the Chinese celebrating Christmas, but boy, how they go for it.  Of course when the Chinese decide to do something they do it big, and Christmas is really BIG now in China.  Not the Christmas we know in the West as a religious event, but Christmas as a commercial and fun event.  Maybe as the country which produces more Christmas baubles, fake fir trees, Santas, hats and glitter than any other country it’s not so surprising that some of this might rub off somewhere, but why do the Chinese celebrate Christmas now in such a big way?

City-living Chinese born after the 1980s/1990s have been brought up in Christmas-celebrating culture, but the question is still “why Christmas in China?”, and a straw poll amongst my Chinese colleagues might start to explain why:  “well it seems such a good idea – its fun, it’s nice, we like all that Christmas stuff”.  Note the rather shocking but honest absence of any religiosity, but maybe they don’t need any more reason than that?  Behind the simplistic, slightly hedonist reasons, there is something more fundamental at heart.  The Chinese are great copiers and supremely flexible.  They are not adopting Christmas because of any Christian meaning or because they have to, but just because it’s seems nice, so why not?  This points to a fundamental trait in Chinese society – their ability to learn, copy and adopt the best of what they see, whatever it is and wherever it comes from, without fear or favour.  In the West, we need to look and learn the implications of Chinese capability and adaptability, often free from legacy and a willingness to adopt what and where they like.

On a secondary note, China benefits enormously from Christmas, being the largest manufacturer of what is technically known as the Christmas Ornaments industry.  The majority of Christmas decorations are made in Yiwu in eastern Zhejiang province, the Christmas ornament capital of the world, where the number of firms making ornaments has grown from 80 to 600 in the last 3 years[i], making over 15,000 different ornament products and ranges.  China’s exports to the US alone of Christmas ornaments and fake trees is around $1bn, and whereas Chinese manufacturing generally has relatively declined somewhat over the last 3 years, the ornaments business grows by 10% per year.  However, even this business is now under threat, as margins are extremely slim (a fake tree with an end user price of $125 costs only about $11 to make but is sold to the importer or retailer for only $13), and margins being driven down by large powerful retailing and buying groups such as Wal-Mart etc.  This is a very price-sensitive industry, but raw material costs are increasing, and whilst the wages are pitiful (around $350 per month)[ii] these wages represent significant jumps from the past (30% increase in 2011) for an industry which by its nature is difficult to automate and is still largely dependent upon cheap manual labour, so there are serious doubts about how long China will remain as the world’s factory for ornaments, before the industry moves onto other, cheaper countries.