“Fish where the fish are”.  Can simple marketing lessons help a nation grow? 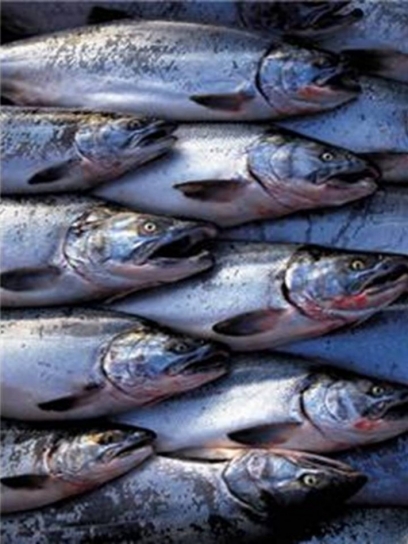 One of the best marketing lessons I learnt some time ago was contained in the expression ‘fish where the fish are’ which implies first, finding out where the fish are and fishing there, but also the notion of moving on when the fish have moved to somewhere else.  This phrase is apt for understanding what’s happening at the moment to trade between the UK and Europe.   As the UK stares into the increasingly inward-looking and all-consuming vortex  that is the European Union crisis, some interesting things have been happening to the UK’s trade.  Firstly, UK trade last quarter with countries outside Europe exceeded trade with countries inside Europe for the first time.  This should not surprise us, because a simple look at where the fish are tells us they are no longer in Europe.  The fact is that the opportunities are bigger outside Europe than in.

Although Europe if taken as a whole has the largest GDP in the world (€16,15bn or $17,6bn, compared to $15bn for the US and $7,3bn for China), pure GDP alone is misleading.  European Union GDP has flatlined and is going nowhere fast.  In striking contrast the 54 Commonwealth countries (known as C54) doubled their GDP from $4,5bn in 2003, to $8bn in 2010, and over the next 5 years their combined GDP will grow 3x faster than the Eurozone’s.  The BRICs (Brazil, Russia, India and China) are the other major force and with a combined GDP of $13,7 bn in 2012 and the BRICs rapid growth offers much more business opportunity than the European Union.  As an example, China's economic growth alone last year was the equivalent of the entire GDP of Greece every three months!  The growth in Brazil, Russia, India and China together created the equivalent of the whole Italian economy - the world's 12th largest - in just 12 months!

Einstein once defined insanity as doing the same things over and over again but expecting different outcomes, yet this is exactly what we see in the European Union is doing as they pursue their MAED policy (Mutually Assured Economic Destruction) and death spiral of reducing GDP, higher taxes and lower employment, moribund economies and soul-crushing economic policies squeezing the life out of its people.   If the UK was a company rather than a country, the choice would be very simple: if you had to choose where to fish, would you focus on countries like Spain, with approaching 30% general unemployment and 51% youth unemployment[i], or would you fish in China?  So let me choose.....er.....er..... Spain?  China?  China?  Spain?  China?,  and it's a no-brainer: there are fewer and fewer fish in the European Union ocean, so get fishing into new territories.

Whether the UK should stay in the European Union or not is another question, but it is perfectly possible for the UK to have an exciting future outside of the European Union.  Opportunities in the US and Canada, the Commonwealth and English-speaking countries are one big opportunity: the BRICs are another, with huge opportunities in India - the world's largest democracy.  Africa is growing fast, with improving stability in many African countries, a growing middle class, and more widespread affluence, English language and historical links, there are huge opportunities for the UK.   With almost more opportunities in the big wide world than we can manage, the UK can profit can profit from these vast opportunities and escape from the European Union death spiral.  So simple marketing concepts based on economic sense and business acumen can help even countries to develop sustainable business!