Inside Linear Tech:  how do they consistently get such good financial results? 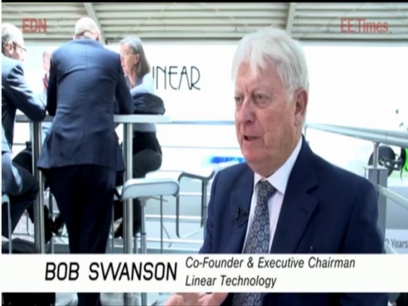 Whilst Linear Technology is hardly and well-known household name, most people in the semiconductor business will know, respect and maybe (if you’re a competitor) fear this capable and highly successful analog semiconductor supplier.  Whilst not the biggest company on the semiconductor planet at almost $1.4bn revenues (2014), it is one of the most profitable and consistently profitable, in a tough, competitive market.  Swimming with whales and sharks in a $330bn market, Linear is a relative minnow but has managed to carve out a niche for itself in the areas of high-performance analog  - “’High performance may be characterized by higher precision, higher efficiency, lower noise, lower power, higher linearity, higher speed, higher voltage, more subsystem integration on a single chip and many other special features”. (Source:  Linear Tech 10K 2014 page 5).

If there’s any question about their results, have a look at the table below, because any company, let alone in the normally highly price-sensitive semi business, that can produce over 75% gross margin and over 30% nett after tax is doing unbelievably well.

How do they do it?

1. Get out of underperforming markets / segments – 7 years ago Linear made the tough call to get out of the high volume consumer market, losing significant revenues in the process, but reducing their dependency on consumer from 28% of their total revenues to 3% today in this less profitable segment

2. Get into high performance markets / segments – Linear took the risk to focus on semiconductors used in automotive and industrial applications, which replaced consumer over time, then grew some

3. Directed the sales force not to focus on consumer, and directed Design to create the new products that would be needed in automotive and industrial. Stop making products which sell for a few cents and focus on products worth $2-3 ASP.

4. Try wherever possible to be sole supplier – “We can set the price when we are sole supplier... and not sell a product worth $4 at $5, but sell at $5 a product which is worth $6”. As Swanson says, i) get the marketing right – he took Linear out of the wrong markets; ii) get the Design team to generate the right products; and iii) the right results follow.

So what can we learn from Linear?

1) Management have to make the tough choices, and must chase profitable marjets / segments

2) Get out of the markets / segments which are not profitable, even if it means taking a hit on revenues (‘It’s earns not turns’ which are important), just like TI did when they got out of baseband).

3) Get Design aligned behind market and strategic requirements. Be ‘dirigiste’ if necessary but make sure the tail doesn’t wag the dog. Designers were educated and told not to design silicon worth only 50 cents but instead design high value products worth $2-3

4) Teach and direct the sales force to sell what you want them to sell, not what they want to sell

5) Wherever possible try to be sole supplier – immediately your ASP and GM increase!

None of this of course is rocket science, and really it’s just about applying sound management, setting and following a direction, and strong, courageous leadership, but it’s great to see a company applying these basics in action and getting its just rewards.