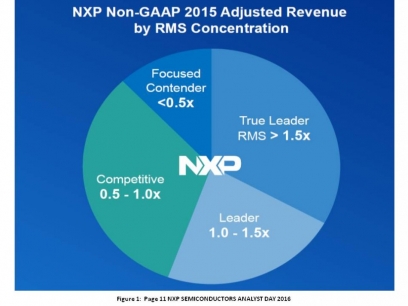 Market share has become the Holy Grail for many businesses as they place heavy emphasis on what market share (MS) they have or plan to have.  Many marketers are judged and evaluated on the MS they achieve for a product, segment or application, in FMCG markets, marketers typically being judged on MS performance to two percentage points, so they could be critically evaluated on whether their MS is 15,56% or 15,65%, for example.   However, more companies are looking at using Relative Market Share (RMS) as their metric.

The reasons why MS is so important are argued in other papers, but in simple terms, having a significant MS should allow a vendor to control the market, thus prices and profits, and a bit like the bleak battlefields of the Somme, the small hill in front of you may only be 50 metres high and not much to talk about, but life becomes intolerable if the enemy are camped out on it and can dominate the immediate landscape - so even small incremental gains become important and worth fighting over, particularly in mature markets where natural growth doesn’t really exist anymore.  Conversely, having a very small MS means no or low power in a market.  Having a larger market share means higher volumes than the competition, so the possibility to drive down costs as the Experience Curve kicks in deeper than for the competition.  Continued MS growth for a vendor tends to indicate that something is going right, and concretely continued slide in MS tends to indicates something is not going well for that vendor.

However, many companies are now focusing on using Relative Market Share (RMS) data rather than MS.  RMS was first propounded by BCG and many marketers will know the term from the BCG matrix but have probably used it as a general approach rather than have done the hard maths.  BCG defines RMS as being a firm’s market share ÷ largest competitor’s market share in the market space you define.  So if your business has 15% MS and the largest competitor has 28%, your relative market share is 0,54, and similarly if your company is the largest with 28% and the next largest had 22%, then your RMS would be 28÷22, or 1,3 times the size of your next largest competitor.  Note that in this construction, there can only ever be one brand or firm that with an RMS of greater than 1.

So that’s the maths bit, but so what?  What’s real difference and benefit from focussing on RMS.?  Davidow in his book ‘Marketing High Technology’ explains how you need a minimum of 20% and ideally 30% MS share to be truly profitable.  But RMS includes the notion that it’s your size compared to the rest of the market and in particular your next biggest competitor that is critical, so in the Davidow world you could have 30% and be OK, but in the RMS world it’s about being at least 50% bigger than you next biggest competitor and achieving dominance.

I like the way that NXP (a major semiconductor manufacturer) are focussing on RMS and how they explain it.  NXP now have the Blackstone and Carlyle tough cookies driving their strategy, and their clear ultimate objective is aggressive and unapologetic - to achieve and RMS of 1,5X or greater.  In other words find markets, products, segments and application where they can be clear market leader and dominate.  Whilst this is the ultimate objective in their target activities, they can’t achieve it everywhere, so they have a nice RMS way to look at the portfolio, with the ultimate objective to drive to ‘True RMS Leader’ (see in Figure 1 graphic above).

So what are the benefts of RMS leadership?  Again, let NXP (Page 11 of NXP Semiconductor Analysts Day presentation 2016) say what they believe the benefits are:

The RMS way of looking at a market has much to commend it, and many advantages and sets clear reasoning for finding areas where you can dominate, thus achieve higher profit.